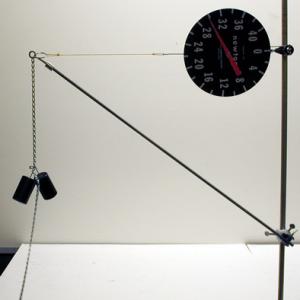 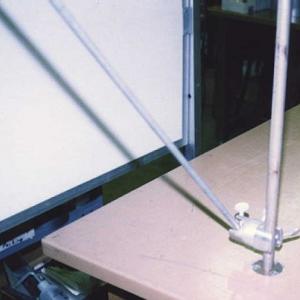 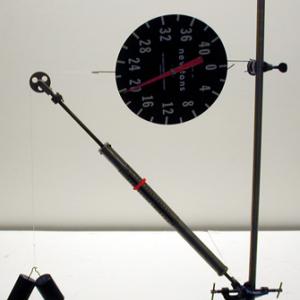 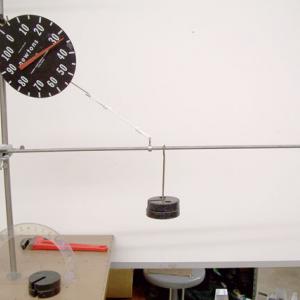 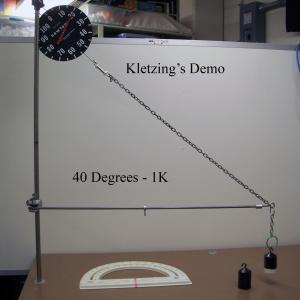 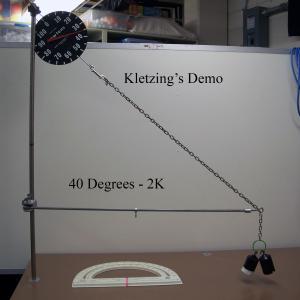 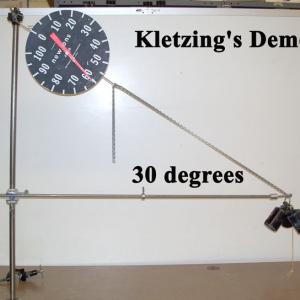 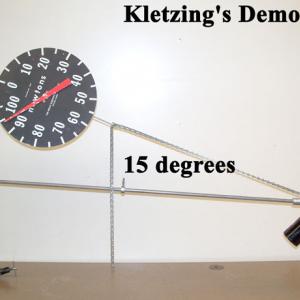 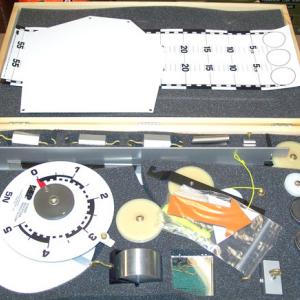 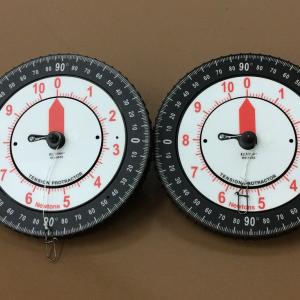 A version of the boom with a pulley on the end.

A version of the crane where the mass can be moved to different places on the horizontal arm and the tension can be monitored.

Kletzings demos are designed to go with the "clicker" questions he has.  For the 40 degree angle, there is a 5 newton loading for the mass of the boom and chain.  Then for each 1 K mass added the scale reading should go up by 15 newtons.

For the 30 and 15 degree demo angles the concept is to show that if you leave the mass at the end of the boom the same, but decrease the angle, the tension in the chain goes way up.

The Blackboard Mechanics set has scales with protractors built in that can be used on a magnetic black board or white board.

The tension protractors can be used when making a small version of the crane boom as long as the total mass is less than 1 kg.