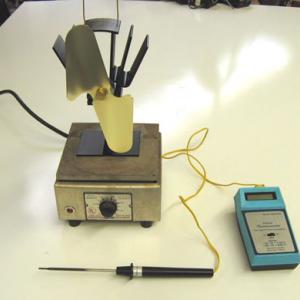 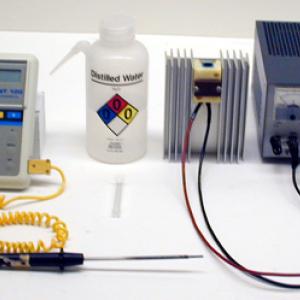 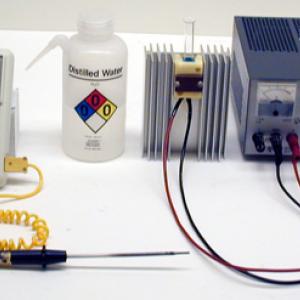 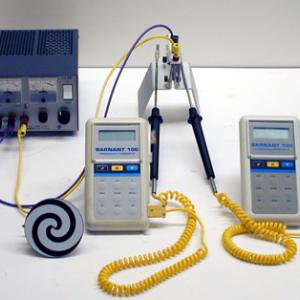 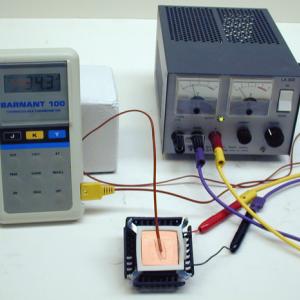 Turn the hot plate up to 500 which should bring the temperature of the hot plate to around 330 degrees Fahrenheit or 165 degrees Celsius and just leave it on.  When you get ready, place the fan on top of the hotplate.  The fan should start to turn in less than two minutes.

Place some water into the test tube.  Insert the tube into the recess of the thermoelectric cooler.  Turn on the voltage to about 6 Volts and adjust the amperage to about 12 Amps.  The water should freeze in 5 to 10 minutes.  A thermometer may be used in place of the test tube and water.

The reversible thermoelectric demonstrator can be used in a variety of different ways.

Attach the motor to the demonstrator and then place one leg in hot water and one leg in cold water.  After several minutes the motor will start to turn due to the heat differential being turned into electrical current.

Detach the electric motor and plug in a voltmeter when doing the above experiment.

The CPU Peltier device runs on 6 Volts DC and 1.5 Amps.  When initially switched on the thermometer should show a temperature in the mid 30 degrees Fahrenheit after 15 seconds.