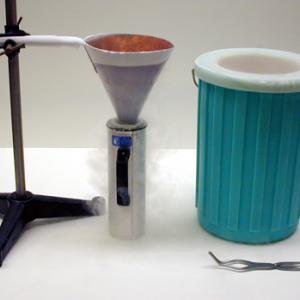 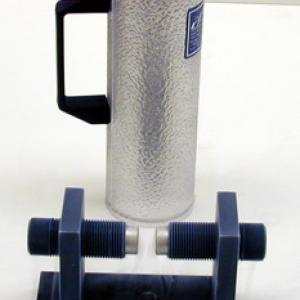 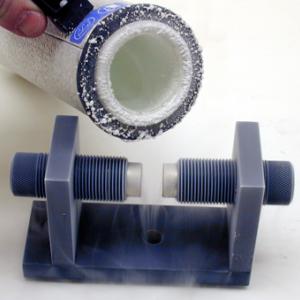 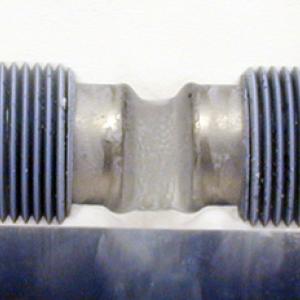 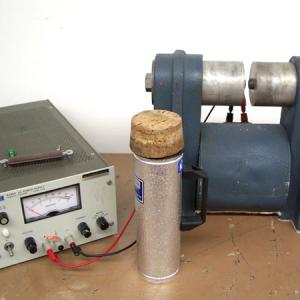 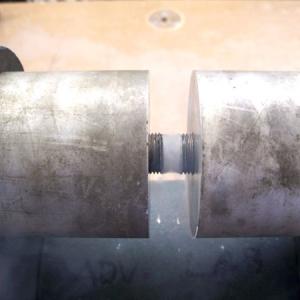 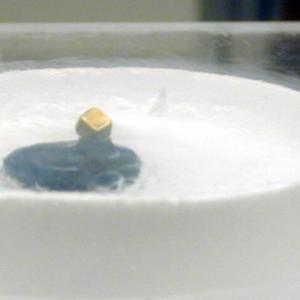 NOTE: This takes at least 4 liters of liquid nitrogen to do well.  At least a 24 hr. advance notice is required.

NOTE: After about 20 minutes a white film or powder (CO2??) will appear to coat the funnel.  This hinders the amount of oxygen that is produced unless it is wiped off periodically.

About 250 ml of liquid oxygen can be generated per hour.

If time does not allow for cooling the magnet just place the magnet under the Liquid Oxygen Generator funnel as you are producing the liquid oxygen.

The slides of the liquid oxygen are in the Electricity & Magnetism Slide Notebook in room 58.