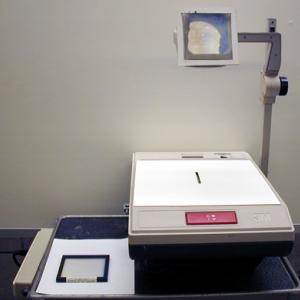 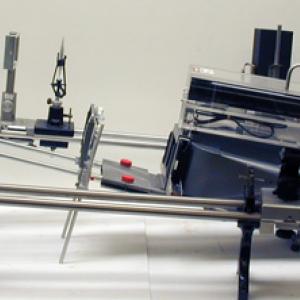 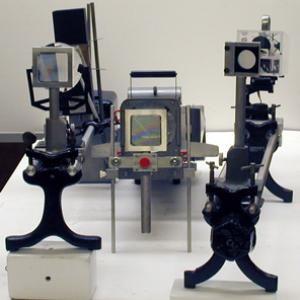 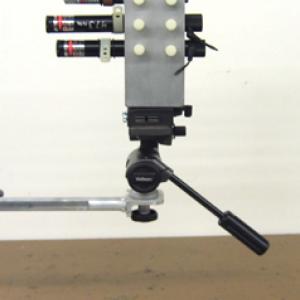 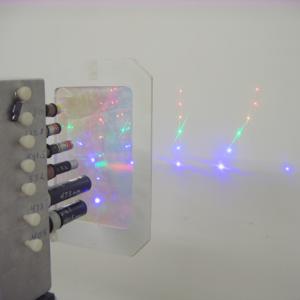 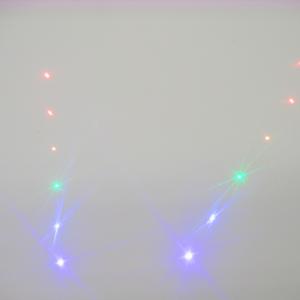 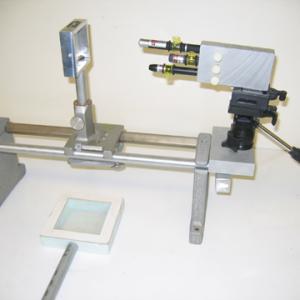 The overhead projector has a strip of Velcro on the exit lens for a holographic grating.  When used in conjunction with a cardboard slit plate a very intense first order spectrum is produced.

NOTE:  The holographic grating has been designed with about 750 lines per millimeter.  This is the maximum number of lines that can be used without cutting portions of the red end of the spectrum.  This grating also is designed to put 95% plus of the light into the first order.

The most common use for the gratings is to use them in conjunction with a white light projector to produce a rainbow spectrum.

The wavelengths of the main lines of mercury are: