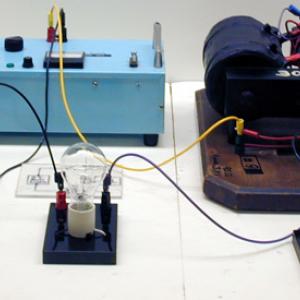 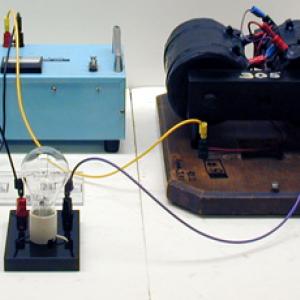 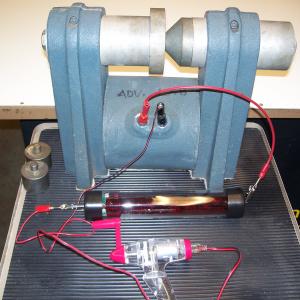 Another demostration of the back EMF kick back of an inductor is to place the poles of the large electromagnet very close together.  Hook up the Genecon generator and very quickly turn the handle about 20 times.  Quickly release the handle and it will move in the opposite direction of the initial turn direction for several turns.